Hey dear people I hope you are safe!

A few years back someone yelled about how difficult it is to deploy your own personal Ubuntu VM. Especially set it up working with networking, data connection passwords/ssh etc. The pain was real if it was your first time back then! Well… You have been heard, here is the Fastest Way to an Ubuntu VM for prototyping!

Vagrant came to the rescue and stuffed a hole by enabling people to prototype their VM-networks before they deploy them to the cloud. Let us get to the point!

If you haven’t heard it is like apt-get for Windows! Download that son of a package manager, it will make your life easier. If you have it continue to the next section!

That is it done next!

I tried to use VirtualBox in the beginning but had some issues with virtualization. Make sure in the System Information that virtualization is enabled for your PC and CPU.

If it is not enabled check your Bios settings:

After dealing with the virtualization support I installed VirtualBox by simply opening a Powershell in admin mode and typing:

That was it you just installed VirtualBox! Finally I went further and installed Vagrant. Can you guess the command?

Now that you installed Vagrant let us get us an Ubuntu VM for testing!

I navigated to a folder where I wanted my Virtual Machine deployed and  let vagrant get me the machine I needed (Ubuntu 18.04).

Next I initialized the machine with the following command:

And started it with the classic command:

When the machine started you can simply type the following command to ssh into Ubuntu!

That is it! You should see a shell-prompt inside the VM! If you wish to dive into the topic take a look back at the Hashicorp tutorials: 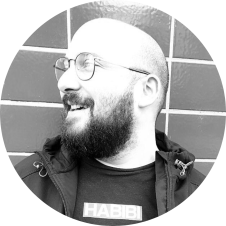 Timotheos is a software developer in the medical field. Besides a broad tech stack he has experience in navigating the medical regulatory field, recently project managing tech-projects and always researching and trying something new in the technical field. Tech aside, cooking and new hobbies arise periodically!

This site uses Akismet to reduce spam. Learn how your comment data is processed.